The carbon limit of 1.5° centigrade? What does it mean? 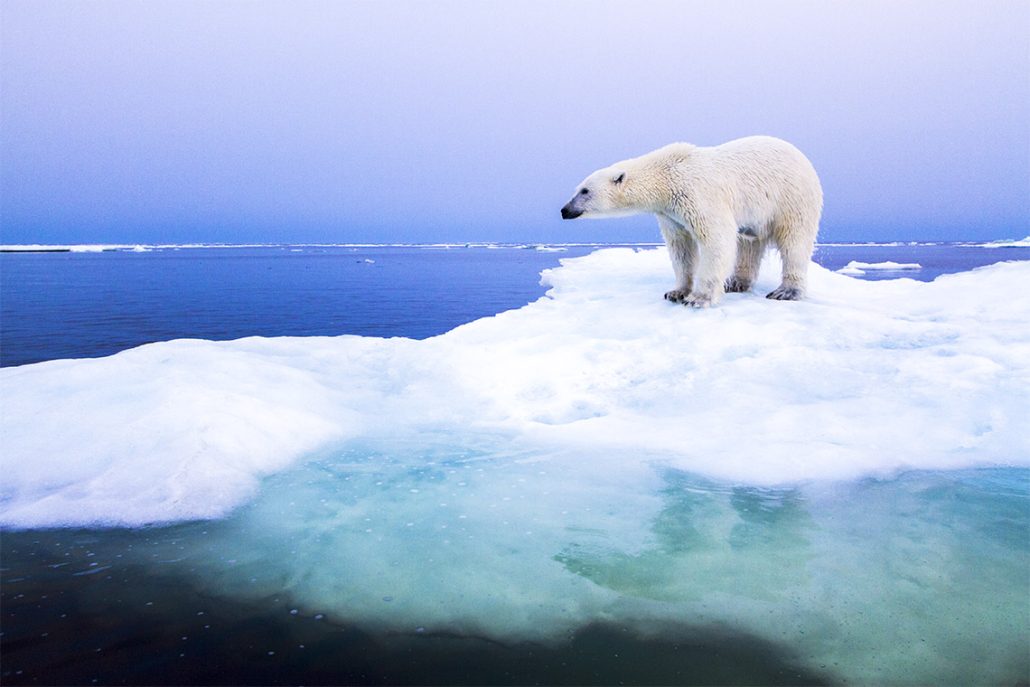 What is the coal limit of 1.5° centigrade? Warming

The world has already warmed by 1C since pre-industrial times, due to human activity. On current trends, it is likely to pass the 1.5C mark between 2030 and 2052. The land is warming faster than the oceans and the Arctic is warming at 2-3 times the global average rate. 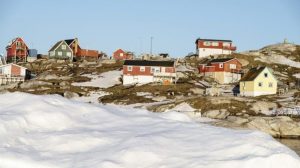 There is a time lag between greenhouse gas emissions and their effect on the climate. That means the world is already committed to further warming and sea level rise, but past emissions are unlikely to tip temperatures over the 1.5C threshold.

To stabilise temperatures, emissions need to reach net zero and stay there. That means cutting emissions as much as possible and drawing carbon dioxide out of the air to balance out any remaining emissions. The amount of warming is ultimately determined by how long it takes to get to net zero.

Global warming is already impacting people and ecosystems. The risks at 1.5C and 2C are progressively higher.

Lines on the feasibility of holding the temperature rise to 1.5C and the importance of considering sustainable development have been cut from this section. They are considered in detail elsewhere, but it shows a lack of consensus on the high-level conclusions.

CHN will be there keeping you informed from the inside.

If you value our coverage, please consider helping us. Become a CHN patron for as little as $5 per month.

We have set up a Patreon account. It’s a simple, safe and easy way for you to become part of a community that will secure and guide our future.

There will be worse heatwaves, drought and flooding at 2C compared to 1.5C. A previous version characterised these as “substantial differences in extremes”. That wording has been replaced with “robust differences in regional climate characteristics”, in a win for the US,which argued“substantial” was too subjective.

Sea levels are expected to rise 10cm higher this century under 2C of warming than 1.5C. That exposes an extra 10 million people to impacts like coastal flooding and saltwater getting into their fields and drinking water supplies. Slower warming buys them time to adapt.

Over centuries and millenia, sea levels will continue rising after temperatures have stabilised. The collapse of ice sheets in Greenland and Antarctica could lead to rises of several metres.

One of the most striking quantitative findings concerns the loss of biodiversity. It predicts the proportion of species that will lose half their geographic range. Out of 105,000 species studied, the rate doubles between 1.5C and 2C warming to 16% for plants and 8% for vertebrates, and triples to 18% for insects. 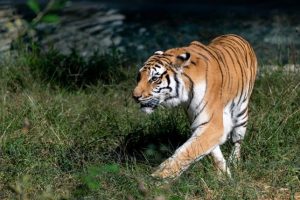 An estimated 1.5-2.5 million square kilometres more permafrost will thaw this century under 2C warming compared to 1.5C. That is equivalent to the land area of Iran, Mexico or Algeria. In a vicious cycle, thawing permafrost releases methane, a greenhouse gas.

The probability of a sea ice-free Arctic summer increases tenfold from once a century at 1.5C warming to once a decade at 2C. Marine ecosystems will be hit by ocean acidification and warming. 2C virtually wipes out coral reefs, compared to a 70-90% decline at 1.5C.

Farming and fishing communities will be hit hardest by these impacts, particularly in the Arctic, drylands, Islands and the poorest countries. Limiting global warming to 1.5C cuts the number susceptible to poverty and climate-related risks by up to several hundred million by 2050.

That extra half a degree of warming is mostly bad for health. It expands the range of mosquitoes carrying diseases like malaria and dengue, and heat makes a whole range of conditions more deadly. 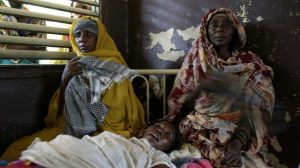 The quantity and quality of staple crops suffers under 2C warming compared to 1.5C, as do livestock. That is bad for the availability of food in many parts of the world.

Economic growth is expected to suffer as a result of the impacts of global warming, all else being equal. This assessment does not attempt to balance that with the costs and benefits of cutting emissions and investing in resilience to climate change impacts.

There are lots of options to protect against the impacts of global warming, from sea walls to drought-resistant crops. But these adaptations have limitations and some vulnerable populations face losses. The Paris Agreement acknowledged this “loss and damage”, but the UN process has yet to yield concrete support for the victims.

Methane and black carbon, both more potent greenhouse gases, will need to be cut by at least 35% by 2050, compared to 2010. But cuts in non-CO2 emissions must be made carefully. If more bioenergy is used to replace fossil fuels, it could push up climate-warming nitrous oxide pollution from agriculture.

How much carbon dioxide can be emitted before we pass the 1.5C threshold? The way “carbon budgets” are calculated has changed since the IPCC’s last big assessment in 2014, adding some 300 gigatons to the estimate. But it’s still a slim window.

Estimates of the carbon budget vary depending on which measure of warming you use. If you are going by the average temperature over land, it is 420Gt CO2 to give a 66% chance of staying below 1.5C. If you factor in sea surface temperatures, which are rising more slowly, it’s 570Gt. Either way, we are using up the budget at a rate of 42Gt a year.

There are also “substantial” uncertainties over how sensitive the climate is to greenhouse gas emissions and the level of historic emissions, which affect the size of the carbon budget. Additional carbon released when permafrost thaws, and methane emitted from wetlands, could shrink the budget by up to 100Gt over the century, and continue beyond it.

Geoengineering is given short shrift. So-called solar radiation modification – pumping particles into the air to reflect sunlight – could be “theoretically effective” in reaching the 1.5C goal. But it is excluded from the model scenarios due to “large uncertainties”, “knowledge gaps”, “substantial risks” and “institutional and social constraints”. 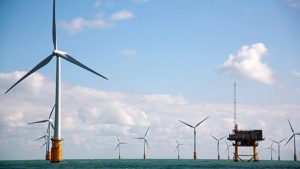 The biggest polluting industries will have to make radical changes. In energy, renewables will need to supply 70% to 85% of power by 2050. There is still room for fossil fuel generation combined with technology to catch and store CO2 emissions, but it’s small: around 8% for gas and close to zero for coal by 2050.

Energy-intensive industries will have to slash their CO2 by 75% to 90% by 2050, compared to 2010, in order to stick to 1.5C. A 2C limit would require a 50% to 80% decline. This can be done with new and existing technologies that are technically proven – but they have yet to be deployed on a large scale, and are limited by costs and other constraints.

Buildings and transport will also need to shift heavily towards (newly green) electricity Buildings should use power for 55% to 75% of their total energy by mid-century, while the transport sector should boost its low-emission sources to 35% to 65% of its energy supply, from less than 5% in 2020.

There will be tough choices around how to use land. A lot of scenarios rely heavily on bioenergy and/or expansion of forests, potentially conflicting with demand for pasture and arable land. Sustainable intensification of farming and “less resource-intensive diets” – code for eating less meat – can help ease the competing pressures. 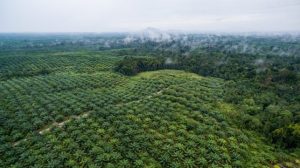 Mitigating energy emissions for the 1.5C goal will require around $900 billion of investment per year between 2015 and 2050. That pushes the total investment needed for energy supply to $1.6-3.8 trillion, and for energy demand at $700bn to $1trn over the 35 years. The investment needed is around 12% higher than for 2C.

Tools to remove CO2 from the atmosphere, such as carbon capture and storage and forests, will be needed to suck out 100 to 1,000 gigatons over the century, for a 1.5C limit. If material consumption is kept in check, it minimises the need for carbon removal.

Carbon removal measures could help return temperatures to 1.5C above pre-industrial levels if the world overshoots the threshold, but they may have significant impacts on land, energy, water and nutrients if used on a large scale. Governments will have to limit the trade-offs and make sure the CO2 is removed permanently.

Existing national climate pledges under the Paris Agreement are inadequate to the challenge. They would lead to 52-58 gigatons of CO2 emissions a year in 2030 – in line with a 3C temperature rise. Almost all the pathways to 1.5C require greenhouse gas emissions to fall below 35Gt/yr by then.

The lower the emissions in 2030, the easier it will be to limit global warming to 1.5C. Delay in cutting greenhouse gases risks increasing the cost of reductions, locking countries into carbon-emitting infrastructure or stranding high-emission assets. It could also add to the uneven distribution of climate impacts between developed and developing countries.

Adapting to the effects of climate change, and reducing vulnerabilities to it, can support sustainable development. It can ensure food and water security, lower the risks of disasters, improve health and reduce poverty and inequality. Adaptation measures that also lower emissions, such as low-carbon buildings that are efficiently cooled, can help sectors go green at a lower cost. 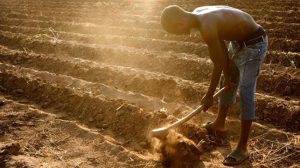 While emissions reductions in line with 1.5C can support the UN’s sustainable development goals for 2030, they present a few trade-offs too. They fit particularly well with the development goals for health, clean energy, cities and communities and responsible consumption and production. But if not properly managed, they could harm the goals on poverty, hunger, water and energy access.

Directing finance towards infrastructure that lowers emissions and adapts to climate change can help meet the 1.5C goal in a way that supports sustainable development and lowers poverty. This includes private funds from institutional investors, asset managers and development or investment banks, as well as public funds. Governments can help with policies that lower the risk of investment in low-emission and adaptation projects.

It’s difficult to quantify the finance needed for adaptation measures that fit with a 1.5C limit, and how that compares with 2C. The data on investments that boost resilience to climate change is insufficient. That said, the cost of adapting to 1.5C “might” be lower than for 2C.

Say it with confidence

On the whole, the authors only put stuff in the summary they are sure of. They indicate the strength of consensus in brackets after many of the statements. “Very high confidence” appears five times; “high confidence” 107 times, “medium confidence” 60 times and “low confidence” just twice.

PrevResolution “No single-use plastics” of Trento: the sentence of the TAR
Minimum Environmental Criteria for refreshment servicesNext 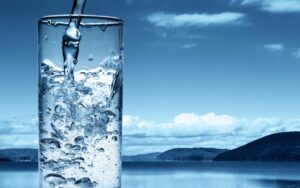 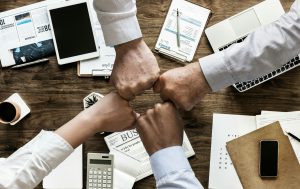